A real-time MIDI pattern detection controller software that listens to incoming note data of any MIDI-outputting musical instrument and triggers specified MIDI or OSC actions when corresponding note patterns are detected. This makes it possible to use predefined melodies to trigger sound or visual changes in a live electronic instrument performance, rather than using the usual MIDI (foot) controller hardware, enabling the performer to focus on playing their instrument.

Detaktor offers multiple possible ways of pattern detection, as well as a variety of actions, which can produce output similar to various types of controllers, such as momentary button, toggle, slider, etc.

The editor UI (CRUD interface for detection and trigger data), implemented using React and Material-UI, communicates with the editor backend via REST API. An Express/Node backend application is used for data manipulation of a project file, which is read by the detection engine, developed using Cycling ’74 Max, which loads the corresponding detection/action modules and responds to incoming MIDI data in real-time.

To get a bit more of an insight into the structure of the application, check out the Detaktor Editor API documentation. Demo in practice coming soon.

This is a project under development. In the current phase it is intended as a tool for my live electronic guitar performance. Commercial availability planned after extensive battle testing. 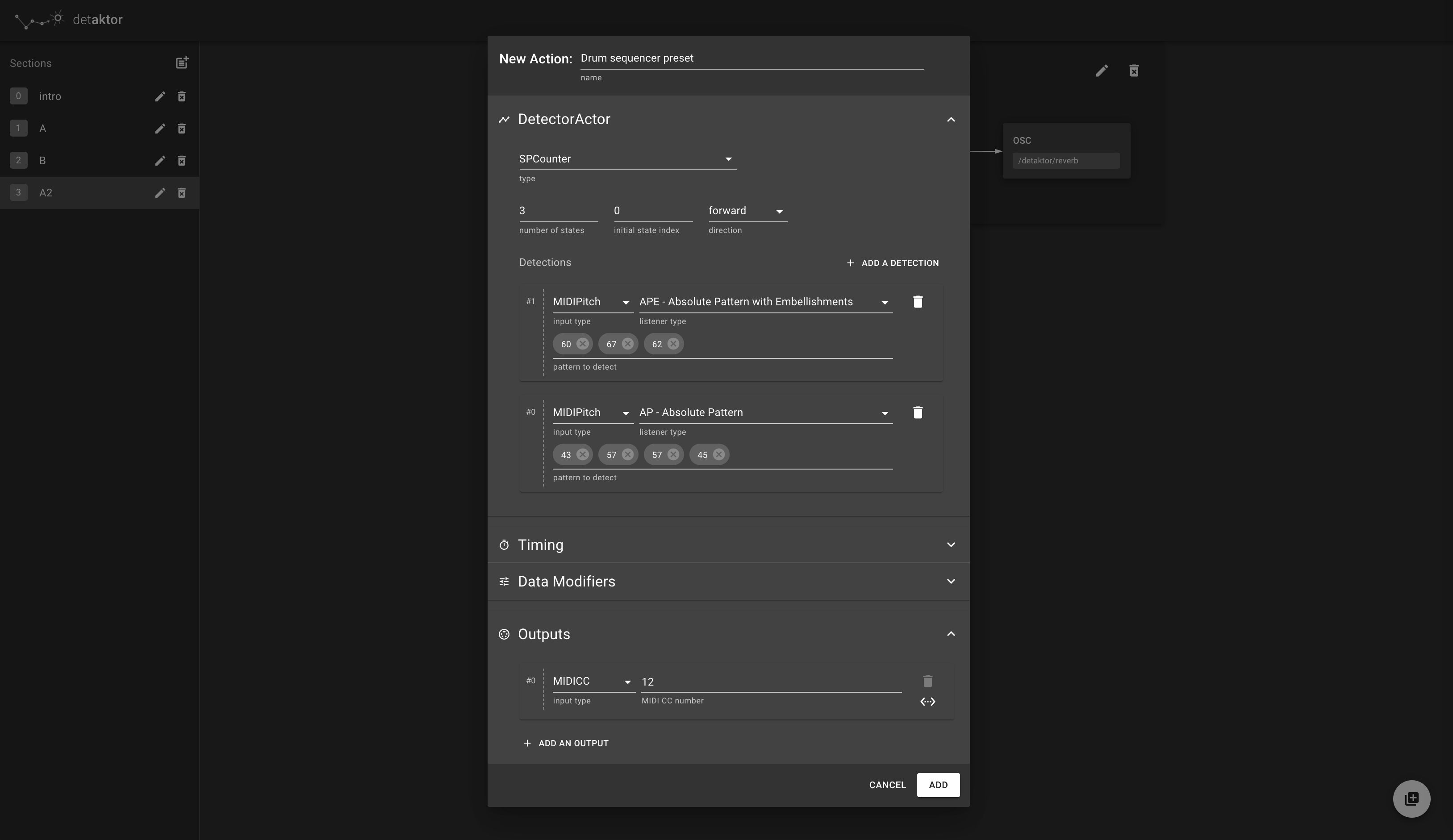